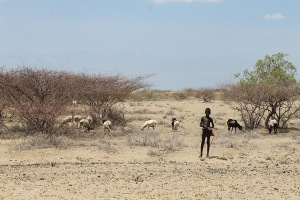 The Daasanach live in the dry zone in northern Kenya and southern Ethiopia, which is difficult to access. According to experts, the traditional way of life of mobile pastoralism is sustainable, as the sensitive ecosystem is supported by the change of pastures and mobile pastoralists can react more flexibly with their pasture routes in times of drought and lack of rain than, for example, settled farmers. The goats, sheep, cattle, donkeys and dromedaries supply milk, meat and fur to the Daasanach family groups of different sizes and are suitable as draught and pack animals on the permanent search for suitable grazing grounds and water points. Arable farming is out of the question for the Daasanach in northern Kenya due to the soil conditions, heat, lack of rain, the alkaline Turkana Lake and deep groundwater.

According to observations by local aid organisations, the number of livestock per Daasanach family has fallen slightly in recent years, but due to strong population growth, the number of small livestock in the region has increased fivefold. This causes an overgrazed ecosystem, which is already heavily strained by drought. Hunger and poverty are the result. Humanitarian aid organizations therefore repeatedly distribute basic foodstuffs to the Daasanach, which for reasons of poor infrastructure almost exclusively reaches the settled, impoverished Daasanach in the small settlements. Recent well construction and rainwater harvesting projects of the government, various relief organizations and the local churches support the water supply of the mobile Daasanach. 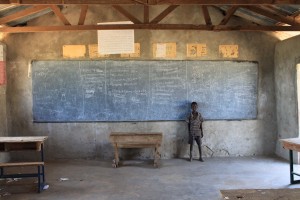 Despite the Kenyan government’s great efforts to provide free primary education, 80 percent of the children living in the dry zones of northern Kenya still have no access to basic education, according to the Kenyan government. According to experts, this is largely due to the inappropriate link between school systems and the existing situation. In the case of the Daasanach, the fixed school buildings far away from the changing pasture routes and the mobile way of life of the migratory shepherds do not fit together. In Illeret and the surrounding area there are two small state primary schools and a handful of unregistered preschools, which are run by NGOs but are only visited sporadically.